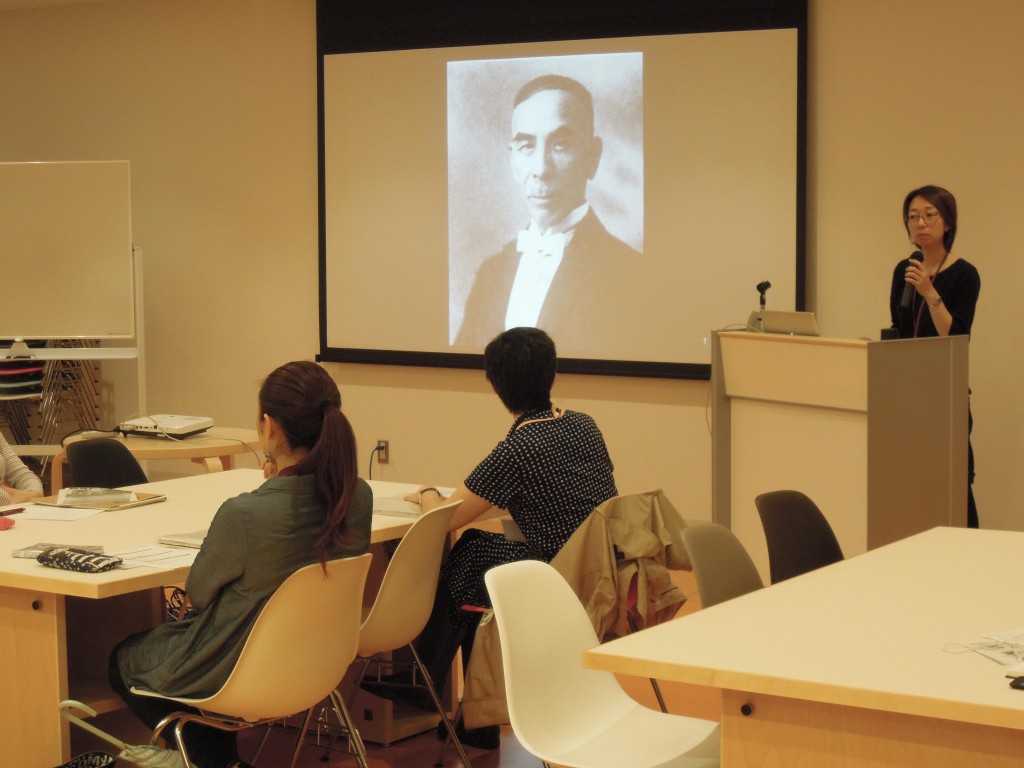 The 2nd Practical Application Course on Architectural Tours was held. This time, participants mainly studied the characteristics and history of the Tokyo Metropolitan Museum (hereafter: TOBI) building. The instructor was the curator, Ms. Kono. She mainly lectured about the fundamental knowledge that TOBIRA candidates (hereafter: TOBIKO) would want to know when guiding a tour on-site. She also lectured on a wide range of topics, including a little behind-the-scenes story. The photo on the slide is of Keitaro Satō, the king of coal mines in Kyushu, also known as the “father of TOBI.” He donated 1,000,000 yen at the time (approximately 3,300,000,000 yen today) to the City of Tokyo and contributed to the opening of the Tokyo Museum (Now, Tokyo Metropolitan Art Museum) in 1926 (Taishō 15). 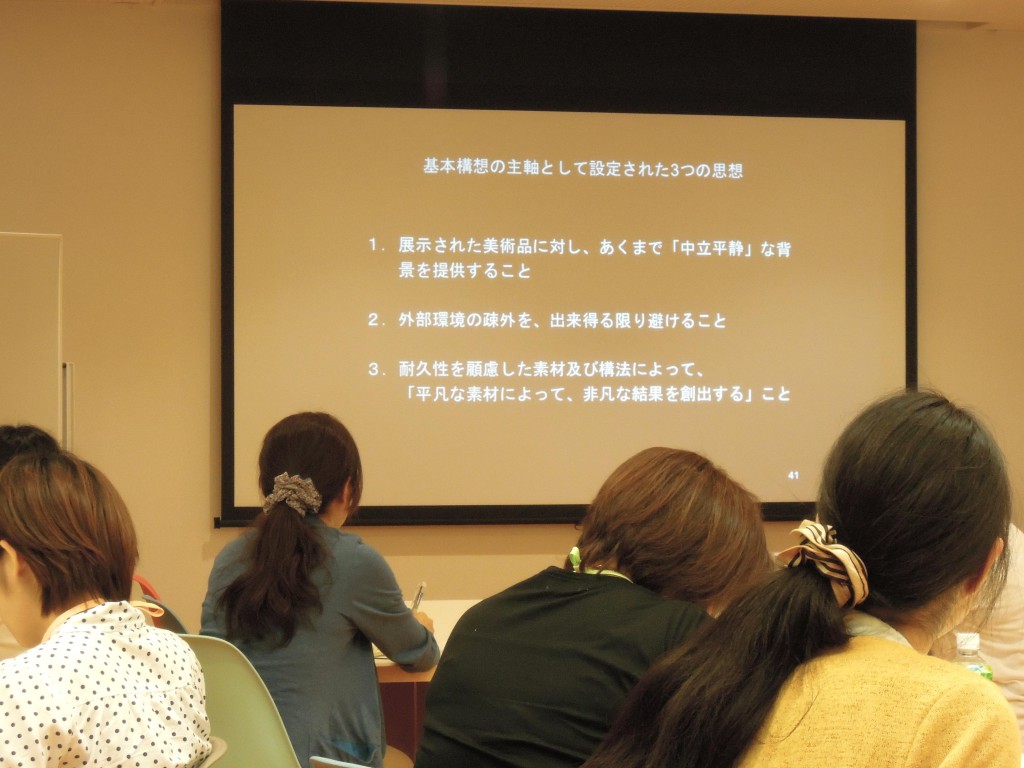 The old Tokyo Museum built with the donation from Mr. Keitaro Sato was forced to rebuild over time. In 1975, the migration from the old Tokyo Museum to the current Tokyo Metropolitan Art Museum designed by Mr. Kunio Maekawa was completed. Surprisingly, they built a new building right next door while they were running the old one – it was like an acrobatic transfer. Also, Mr. Maekawa worked on the design of the Tokyo Bunka Kaikan [cultural hall] in Ueno Park, and the National Museum of Western Art, located on the opposite side, is a piece by his mentor, Le Corbusier. On the other hand, natural scenery such as Shinobazu pond and the Musashino primeval woodland remain in Ueno Park. Construction of TOBI was carried out under Mr. Maekawa by fusing this varied beauty while paying respect to the environment of the entire park surrounding the museum building.

Additionally, once you look inside, the TOBI building has various creative things hidden that people normally do not notice. For example, the handrail on the stairs inside the Museum has been processed so that all of the corners are removed and rounded. This is because when TOBI was built back in the early 1970s, many of the Museum visitors still wore kimonos. It was designed to prevent kimono sleeves from getting caught on the handrail. We can still see this, even after the renovation. Beyond that, there were many things that made us admittedly nod our heads in recognition of their creativity, such as the “snagging process” creating the impression of soft light and shadow from the indentations made on a once beautifully hardened concrete surface and the tile placing method which makes the outside wall covering TOBI look like bricks at first glance. 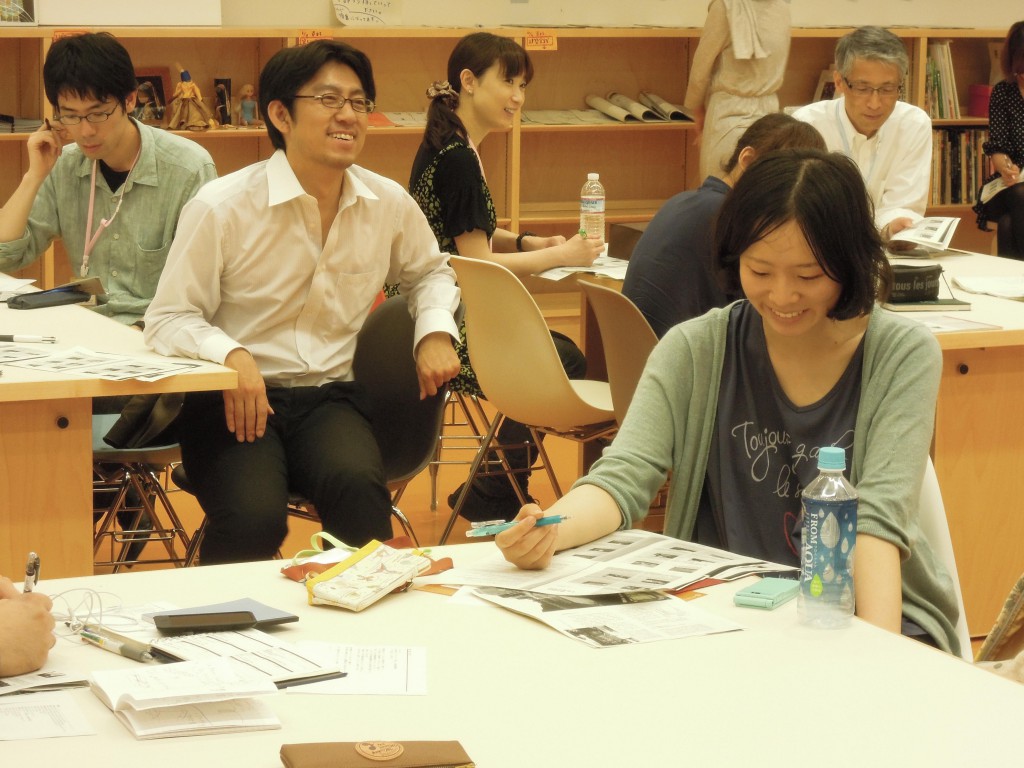 One memorable historical episode is the story of a large slanted gash that still remains on the concrete at the TOBI main entrance. In the early ’70s, when TOBI was under construction, Japan faced an oil crisis. As a result of this, there was a state of panic when a concrete mixer could not arrive during the construction of the entrance. The concrete to replenish the supply was never delivered, and the already added concrete had started to harden. As a result, the outline of the break remains deeply visible. It is said that the person in charge at the site kneeled down on his knees to apologize for the mismanagement to Mr. Maekawa, but he simply responded “This is a scar of the times. It looks like the ridge line of a mountain; I think it’s fine as is.” It’s an intriguing story.

Stories about TOBI never end. Currently, the TOBIKOs are studying for the upcoming architecture tour. The next Practical Application Course on Architectural Tours is still a month away. Until then, the homework for the TOBIKOs is to create our own tour plan. I am really looking forward to the tour ideas that will emerge. (Itō)