The TOBIRA Band has Begun! 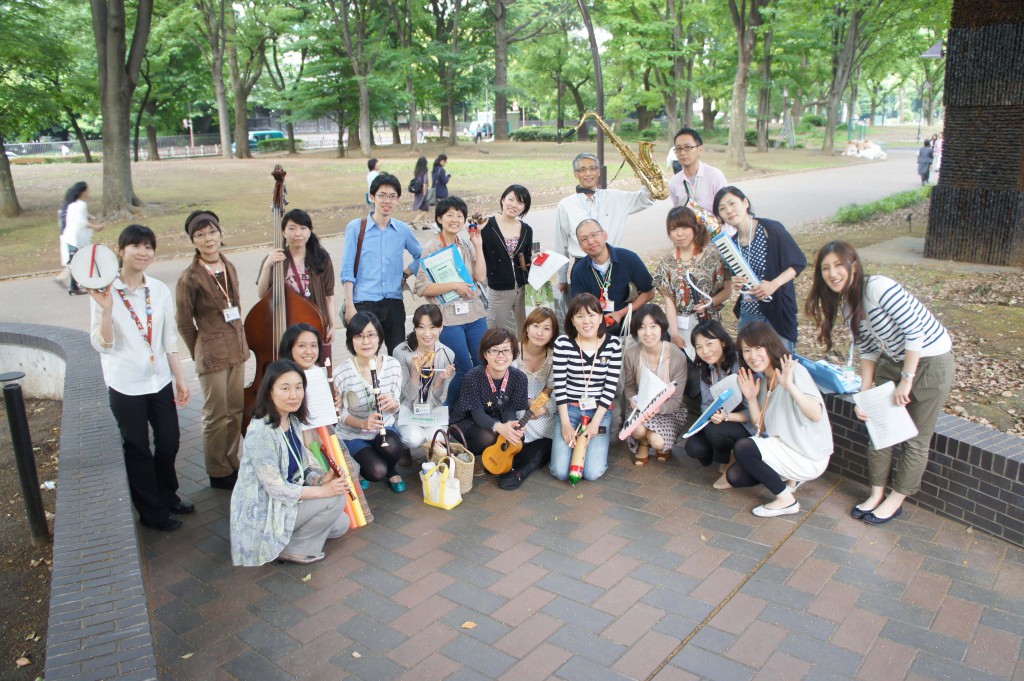 The TOBIRA Band, which came up in the previous “Thinking about TOBIRA Communication Design,” has finally started, with 20 people answering the call. This is great! There is even a saxophonist, a contrabassist, and even a ukulele player. The first practice was held after the 4th Foundation Course. Since the weather was good, they performed right over in Ueno Park. I thought it was amazing that everyone could perform at sight. The NHK song “Metropolitan Art Museum” was their theme song for the meantime (laugh). At any rate, the Tokyo Metropolitan Art Museum is a Tokyo metropolitan museum. While they were practicing, an old woman walking a dog called out to them. Come to think of it, this was the TOBIRA’s first activity in the area.

Music is needed for art communication. The TOBIRA Band isn’t just a group of people performing songs. I wish for them to be a group that moves the hearts of all involved in the TOBI Gateway Project through music. Also, I really look forward to this energy being the driving force connecting the Museum to the region, society and others. (Itō)