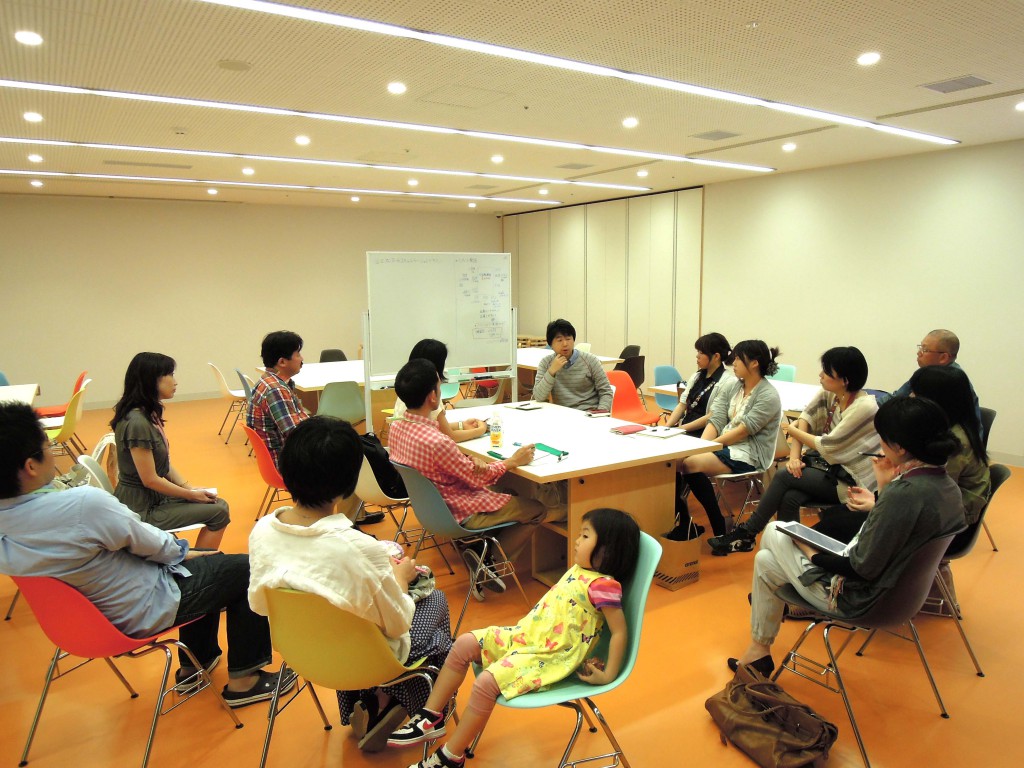 The TOBI Lab on Sunday, May 20th concerned a topic that I (Tatsuya Itō) had called for: “Thinking about TOBIRA Communication Design.” We had the meeting with themes like how we can have smoother communication between more than 100 people, including TOBIRA candidates and staff, and what we should do to make TOBI an even more stimulating place for the candidates. Although a bit presumptuous, I suggested founding a “TOBIRA Band.” I made this suggestion thinking that with this many people, there have to be some who can play instruments. We got quick approval, and the Symphony was founded at once. I hope that the TOBIRA Band will not just be a group of people performing songs, but a group that will move the hearts of everyone involved in the TOBI Gateway Project with their music. Besides that, many opinions were exchanged, from a method of information sharing through e-mail and blogs, etc., to more specific ones like “Once the Foundation Course is done, there is no place for all of the TOBIRA candidates to meet up. We would definitely like to create a place for everyone to get together on a regular basis.” Another idea was promoting analog communication by adding comments to the common topic of conversation with sticky notes on the wall of the art study room. The first half of the Foundation Course has already passed. Aside from basic knowledge for TOBIRA candidates, horizontal networking will also provide an important foundation. (Itō)